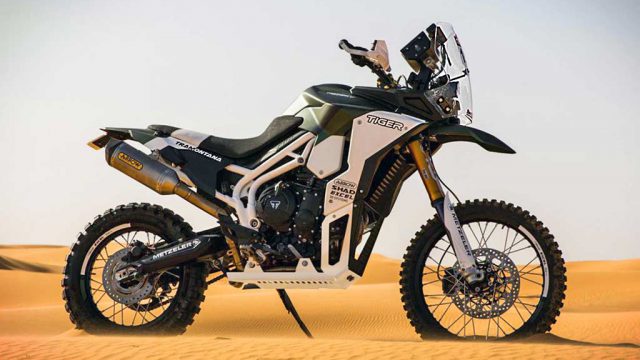 Blood, sweat and sand. This Tiger is ready to take on the Pan-Africa Rally

David and Felipe Lopez build this machine to compete in this year’s Pan-Africa Rally – one of the world’s most demanding desert races. After a six moths work, only one of them will have the chance to ride it.

The Tramontana name comes from the north wind that blow across the Pyrenees into Spain, where the two brothers are from.

Felipe says: “We’ve been training for the last four months on two Tiger 800 XCs riding an average of 300km every weekend across all types of terrain to test some of the components we’ll use on the final rally bikes. It’s been an extraordinary experience with a steep learning curve.”

The front end of the bike has been modified to accommodate the new instrumentation, along with lighter headlights, an adapted subframe designed to support all the new components, a bespoke screen to cover an protect everything, modified body panels, sump guard, seat and rear mudguard. 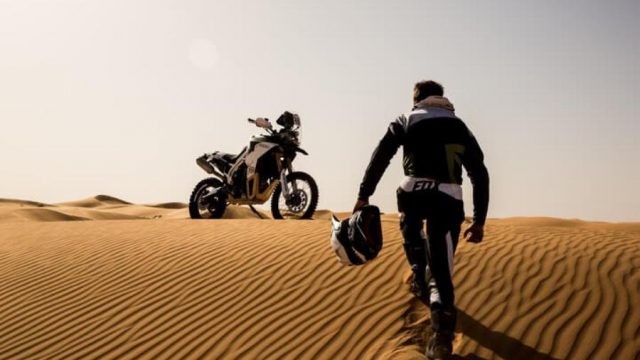 It also features a shorter rear end to improve mass centralization and the longer suspension and revised linkage to improve the off-road ride.

Read the full story on fortheride.com

The Tiger 800 XCX is one of our favourtie bikes. Watch it in action in one of our movies.