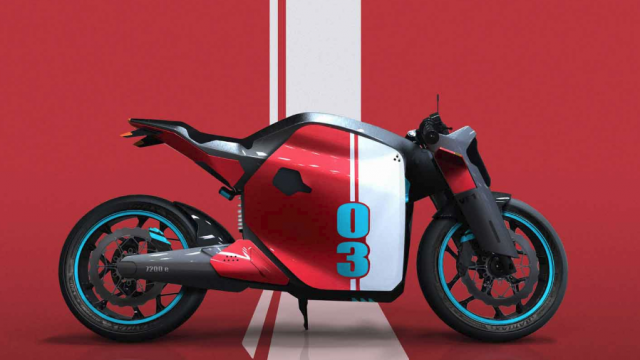 Indian motorcycle giant TVS backs Ultraviolette, an independent startup that promises they’re coming up with an electric roadster by the end of 2019

India is one of the world’s biggest motorcycle markets by sheer volume, and it’s no surprise to see that electric two-wheelers get a lot of traction there. It’s now time for a new startup to come forth with a promise. Bengaluru-based Ultraviolette aims at delivering their first all-electric motorcycle by the end of 2019, a project massively supported by TVS Motor Co. one of India’s biggest manufacturers.

The picture above is only a concept, as Ultraviolette themselves describe it, so there’s no telling how much of it will make it into the final product. Having known the Indian market for some years now, we’d rather say there’s only too little of this concept that will be transformed into a commercially-viable product.

Likewise, without implying that Indian designers aren’t any good, if we look at the most successful bikes of the last five years or so, they’re the result of a partnerships with European or Japanese makers, mostly. Think BMW for TVS, KTM for Bajaj and more.

Now, the first thing that struck us was how much this bike resembled to the Lotus C-01 created by the famous designer Daniel Simon. The Ultraviolette has an upswept tail for a sportier stance, but come on, there’s no way one could miss out on the similarities. Now, with each of the 100 Lotus C-01 built by German maker Kodewa arriving with a price tag of just under $140,000, it looks like Ultraviolette’s machine has some pretty large shoes to fill.

However, it’s not going to happen, as Ultraviolette’s electric roadster will compete with petrol-powered motorcycles in the 200-250cc segment. Small as this displacement may be, it represents one of the most lucrative segments in the Indian market, a marker largely dominated by 100-300cc machines. At the same time, by aiming low (so to speak), Ultraviolette could potentially be able to deliver an electric motorcycle with a very competitive price, an attribute that may secure its success and wide adoption, at least partly.

We’ll follow Ultraviolette’s progress and let you know more about the inroads TVS makes in the e-bike segment, albeit through backing startups. India’s recent efforts in electric mobility also brought legendary maker Royal Enfield to this game, yet to show off their first attempt.