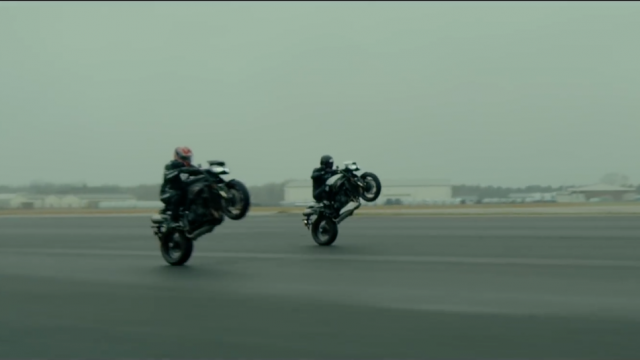 The British super naked is coming back in action with an improved engine, electronics, and looks. Last week the guys at Triumph released a teaser with only a few details of the new Speed Triple. In the latest video, Gary Johnson and Cal Fogarty are racing the three-cylinder street fighters, and we get to see the bikes in action.

The Speed Triple seems to be ready to re-enter the super naked world with a few important improvements. In the teaser, we can see that Triumph’s bigger triple comes fitted with all the fancy electronics and the engine seems to be a bit more 'torquey.'

Although the chassis and the overall design seem unchanged from the previous version, judging by Triumph's evolution of the latest updated models like the Street Triple 765, Tiger 800 and Tiger 1200 the Street Triple will get major changes. The CARB filings show that the engine will remain the 1050cc, and there will be in R and RS trims. From the video we’ve learned that the bikes will be fitted with Öhlins front and rear suspension and the RS model will wear Arrow mufflers. Hopefully, these improvements will be enough to help the Speed Triple stand against the Aprilia Tuono V4 1100 or the KTM 1290 Super Duke R.