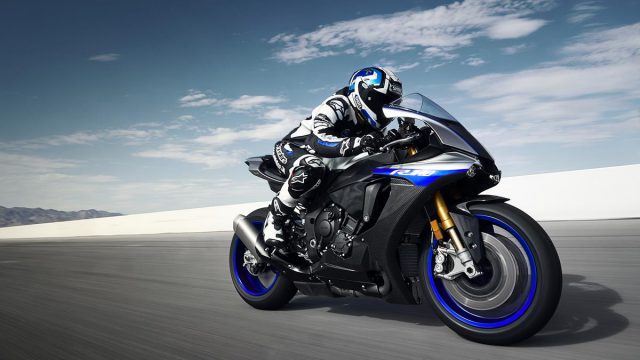 Yamaha has filed a patent for a seamless transmission, and this means they might have solid plans to bring this technology to the street, or, at least, to make it less exclusive. Whether Iwata can accomplish such a feat is still anyone’s guess. Likewise, it will be interesting to see who will be willing to fork out a hefty premium to have this transmission in their road-going bikes.

Seamless gearboxes are, per se, one of the main developments that helped MotoGP riders claw some extra tenths of a second in the past years. A closely-guarded secret, seamless transmissions can deliver power to the rear wheel without any interruptions, allowing riders to maximize their engines’ horsepower delivery in scenarios where shifting would cause a drop.

These days, the only road-going two-wheelers that benefit from continuous power delivery are CVT scooters and Honda’s few DCT-equipped machines, such as the new Goldwing, the VFR1200, NC750 series, and so. Yamaha’s transmission allows two gears to be engaged simultaneously, with power being transmitted seamlessly to the “next.” It’s not clear yet if this works both ways, but it would only seem natural that it would.

Now, the biggest question is whether this MotoGP-derived technology would find enough adepts to become a commercially-viable product. While its advantages need no further proof on a Grand Prix circuit, riding a bike on public roads might diminish them quite a bit.

In any case, if the price is not an insane one, we might get to see the seamless transmission at least as an option for the R1 or R1M, as well as making appearance in World Superbike. No news on when Yamaha plans to actually start tests for their seamless gearbox, but we figure out Iwata will not be idling for toolong, lest other manufacturers get a holeshot and make it trendy.