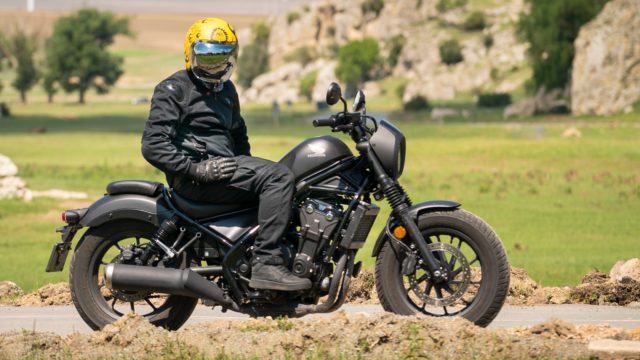 Honda’s Rebel 500 gets a well deserved facelift for 2020 that makes it look cooler and fixes some of the issues the of the old model.

But the Rebel 500 is the same cool-looking beginner bike, with a bobber-inspired aspect, fat wheels and a nice riding position. We spent a week riding the new Honda Rebel in the city, and we also took it out for a longer ride. Watch our full review:

The Honda Rebel 500 is narrow and easy to ride. That makes it a very good city bike. It’s easy to turn it in tight spaces and you can do some scooter-style lane-splitting (if you’re allowed).

The engine feels very good. It’s the same parallel-twin unit used for the entire CB500 series, and it develops 45 horsepower. But it’s more than enough. You can easily ride it with 130 km/h on the highway and the maximum speed is 160 km/h. More than enough for a beginner bike.

The riding position is nice and natural. The ergonomics are just fine and everything it’s where it should be. However, the right leg is sitting right next to the clutch cover.

The new dash has a gear indicator and offers basic info, although it’s a bit hard to read it in the direct sunlight.

Among the updates we can find a revised fork – the bike is not wobbly anymore in the higher speed turns – and a slippery clutch, which is also very useful when donwn-shifting.

It still feels a bit like a bin-part motorcycle. The horizontal radiator looks like it’s borrowed from the CB500, the exhaust doesn’t look good, and the fuel tank doesn’t seem to match the frame.

The rear suspension si very harsh when going over bumps, in and outside the city. 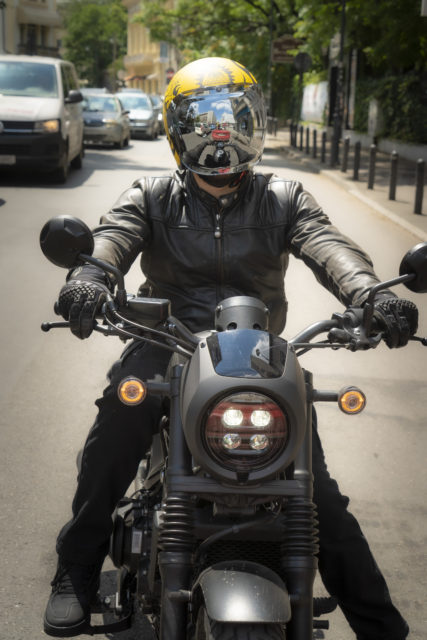