A New Triumph Tiger 1200 is On The Way. Spy Shots and what we learned from them

Triumph is working on a completely redesigned Tiger 1200

Triumph Tiger 1200 is roaring around since 2012. And despite some facelifts, it remained the same big and heavy adventure motorcycle, with trans-continental touring capabilities, but unable to provide the GS all-round capability or the KTM fun-to-ride factor. That’s the reason we always preferred the smaller Tiger 800. But for 2021, the things might be a bit different - Triumph is working on a new Tiger 1200. And this time it seems to be all new.

The photos were published by Rideapart, and since these are just some spy-shots, we don’t have too many details about the upcoming Tiger 1200. But after having a closer look at the photos, we could say that this new Tiger looks slimmer than before. It’s not as massive as the old one. The fairing is different, and the fuel tank shape is also changed for the new model. We’re hoping that it’s not just about the size, but also the weight. The big Tiger needs to drop some kilograms.

The look is also different for 2021, resembling the smaller Tiger 900. The big headlight is replaced by a smaller one.

The test unit in these photos seems to have a 21-inch front wheel, and different rims, probably able to accommodate tubeless tires. Most likely, Triumph will come up with two different versions of the Tiger - an off-road focused machine, and a GT with 19-inches front and cast wheels.

The swinging arm is also new on this test ride unit. While ongoing Tiger 1200 features a single-sided swing-arm, the test unit in the spy shots comes with a double-sided one. The brake disc is on the right side of the bike. The exhaust seems to be mounted higher than before.

The suspension system on the new Triumph Tiger 1200 also seems to be a new one and the setup and travel could be different, depending on the version. However, that one in the pictures doesn’t look like a WP anymore.

The braking calipers are Brembo Stylema, just like the ones used for the Tiger 900.

As for the engine, it’s still a triple, but we’re not sure about the capacity or the performance figures. Probably, Triumph will spice up the things over there, too.

If Triumph decides to bring  a new Tiger 1200 to the public in 2021, we’ll have some interesting battles in the big adventure segment. The GS still rules the sales, and there’s a new KTM 1290 Adventure coming. 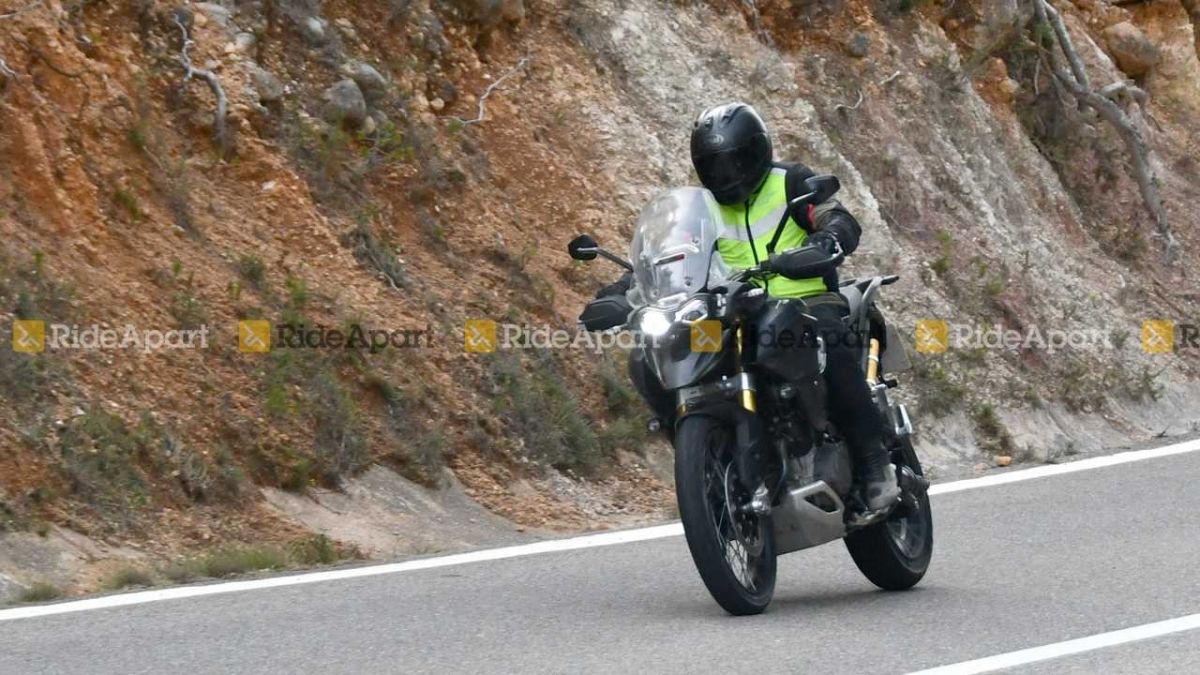