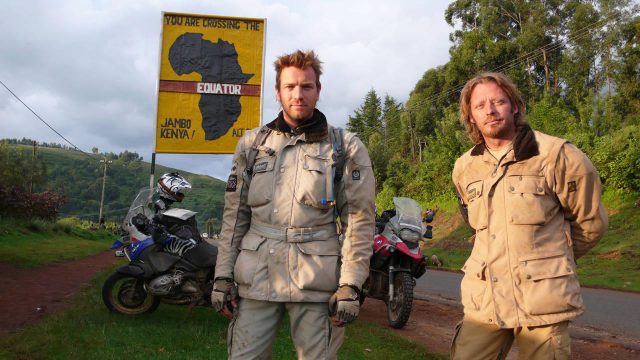 Ewan McGregor and Charlie Boorman are planning a new trip – “The Long Way Up”, which starts from Ushuaia and ends in Alaska. “We’re very much in the early planning stages at the moment. I’m scared to say too much in case I jinx it, but hopefully it is going to happen”, Charlie Boorman told the guys at MCN.

“We are still trying to figure out how we are going to do it, but I’m so excited about the thought of getting the old team together again”. And the “old team”, Boorman includes Ewan McGregor and Russ Malkin (the producer of the first two trips).

The route details are yet to be set, but probably they will start from the southernmost part of South America (in December or January) and continue through Chile/Argentina, Bolivia, Peru, Ecuador, Colombia, the Central America, Mexico and North America and will stop to Alaska. Boorman was considering “a couple of months” to do it, and it’s a lot of time needed to cover the 15,000 kms distance across the Americas.

Another interesting thing that is not decided (or announced yet) refers to the motorcycles. The Long Way team used BMW R1150GS for "The Long Way Round" and R1200GS Adventure for the "Long Way Down". At this moment, Boorman is a brand ambassador for Triumph and McGregor worked with Moto Guzzi. But it won’t be a big surprise to see the guys riding the new BMW R1250GS, rumored to be revealed this fall.