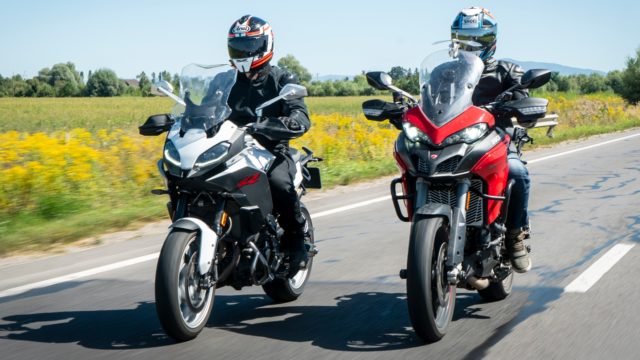 The BMW F900XR is the newcomer. It features an excellent riding position, and an extremely fun to ride engine. But can it beat the Ducati Multistrada 950s? Although it’s been some time since it’s on the market, the Multistrada 950 has a good reputation and some people say that it’s even better than the big one.

The F900XR is a part of the new breed of sport-tourers: upright riding position, hand-guards, a slightly longer travel suspension, but street-oriented in every riding aspect – fast on the corners, and ready to put a smile on your face in a weekend ride with friends. The F900XR is based on a parallel-twin  derived from the same one used in the F850GS and shares the same characteristics with the F900R naked version. Dynamic ESA on rear, cornering lights and cornering ABS, a nice Connectivity TFT, and, the most important thing: very fun to ride.

With the Multistrada, Ducati reinvented the sport-touring-enduro bike. Because, unlike BMW, who has an F850GS for enduro-touring, the Multistrada should be a do-it-all bike. However, due to the exposed elements, high center of gravity, low travel suspension, I’d see it more as a street bike instead of an enduro. Some people say that the 950s is even better than its bigger brother – the 1260 Multistrada. We got the “S” version, which comes with all the goodies you might wish for, including the electronic suspension.

Watch the full review in the window above. Want to see more? Check the following review: 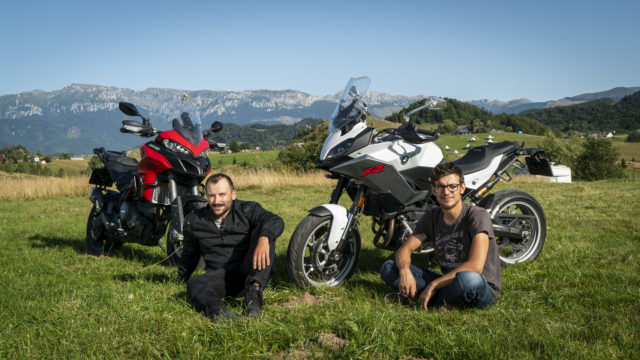 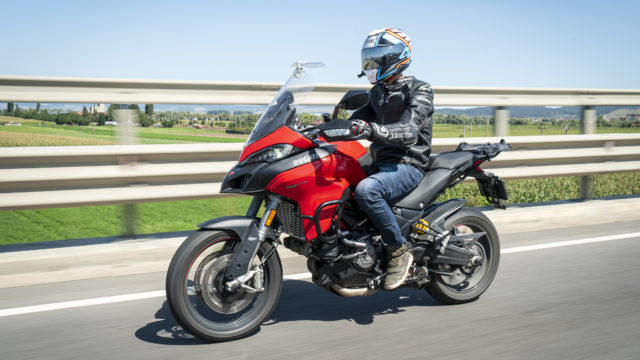